After Bridgette B’s boss told her she was losing her job due to once again ignoring the dress code and letting her massive boobs hang out, she was primed to take the first chance to get revenge. When her next client turned out to be an armed robber, Bridgette decided to really fuck over the bank by helping Johnny get into the safe to collect the big bucks. But when they got to the safe, things went haywire when the door locked and the alarm alerted the police. With time to spare until the cops arrived, Bridgette told Johnny to take her hostage and pass the time the best way possible: by pounding her pussy. Bridgette got her big tits out, for Johnny to squeeze, and bent over the desk to bounce her thick latina booty on his dick.

Bridgette B models at 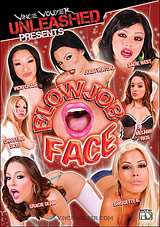